Performance by Mo Kenney in Association with Halifax Pop Explosion 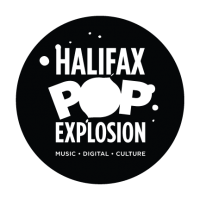 His Honour Brigadier-General The Honourable J.J. Grant, CMM, ONS, CD (Ret’d), Lieutenant Governor of Nova Scotia is pleased to welcome singer/songwriter Mo Kenney in association with Halifax Pop Explosion to Government House October 22 2013 at 7pm.  This unique event is a part of the Evenings @ Government House series hosted by the Lieutenant Governor designed to celebrate cultural and civic excellence in Nova Scotia.

This intimate and much anticipated performance will take place in the ballroom of Government House, the ceremonial home of all Nova Scotians.  Admission is free of charge however seating is extremely limited.  Those wishing to attend are requested to send an email including their full name and telephone number to contest@halifaxpopexplosion.com with the subject line EVENINGS @ GOVERNMENT HOUSE from September 9-13.  Thirty people will be randomly selected to receive two tickets each to attend Mo Kenney’s performance at Government House.  Winners will be notified on September 20 and can pick up their tickets at the Halifax Pop Explosion Box Office.

Doors will open at 6:30pm and guests are requested to be seated by 6:50pm.  The event will begin at 7pm sharp and close at 8:30pm.  Guests must show their ticket to gain entry.

The Lieutenant Governor looks forward to welcoming Mo Kenney, Halifax Pop Explosion and guests for an evening of exceptional music in the historic and elegant setting of Government House.

Since the release of her debut recording in September 2012, Mo Kenney has toured the country with Joel Plaskett and The Emergency and Ron Sexsmith, selling record numbers of CDs offstage and gleaning outstanding reviews. She has played the prestigious Iceland Airwaves Festival, The Great Escape, and Green Man Festival; won the 2013 SOCAN Songwriting Prize award; was nominated for a CBC Radio 3 Bucky Award for Rookie of the Year and an ECMA for Rising Star Recording of the Year; and made the iTunes Best Singer Songwriters of 2012 list.

HPX is the Halifax Pop Explosion, an international music festival and conference that presents 180 bands in 20 venues over 5-days to over 22,000 fans and industry delegates from around the world.

With over one hundred and fifty bands in almost two dozen venues, as well as the Digital Conference, Music Conference, Halifax Record/Zine and Label Fair, the Halifax Pop Explosion continues to reach a diverse audience and provides considerable exposure for new and innovative talent in genres from hip hop to punk, from folk to indie rock.