Honours are a tangible way a country can thank its citizens for rendering valuable and important services. Almost every country in the world possesses a system of orders, decorations and medals. In Canada, the Crown is the fount of all official honours.

The Order of Nova Scotia 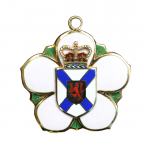 Established in 2001, the Order of Nova Scotia is a single class Order awarded to residents of Nova Scotia who have distinguished themselves by an outstanding contribution to the cultural life or to the social or economic well-being of the province, by an outstanding achievement or by excelling in any field of endeavour to the benefit of the people of the province and elsewhere.

The Most Venerable Order of the Hospital of St. John of Jerusalem 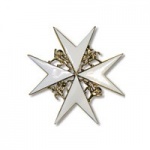 Canada's oldest continuously awarded honour, the Order of St. John is bestowed in recognition of voluntary services rendered to the Order (St. John Ambulance) in an exemplary manner. The Order consists of five grades; Bailiff Grand Cross; Knight/Dame of Grace/Justice; Commander; Officer and Serving Member. Appointments are made in the name of The King and an investiture is held annually at Government House. 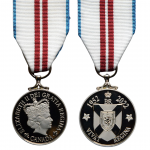 On June 2, 2022, His Honour the Honourable Arthur J. LeBlanc released the design of the Queen Elizabeth II’s Platinum Jubilee Medal after approval was received from Her Majesty The Queen.

The medal has been created to mark the 70th anniversary of Her Majesty Queen Elizabeth II’s accession to the Throne. The Queen Elizabeth II’s Platinum Jubilee Medal (Nova Scotia) will be a tangible way for the province to honour The Queen’s service while also honouring significant contributions and achievements made by residents. Nova Scotia, along with several other provinces, has established a Platinum Jubilee Medal Program for the 2022 celebrations.

The focus of this program is to honour those who have devoted themselves to the service of others, especially throughout the pandemic, be it as a result of their job, volunteer work or contributions to their community.

To be eligible for this honour, a person must:

The Lieutenant Governor, Premier and Members of the Legislative Assembly have been provided with an allotment of medals, which they can nominate Nova Scotians to receive. If you know someone deserving of recognition, please reach out to your MLA.

Partner organizations will be asked to seek out those who have made a meaningful contribution to their community. The medal program will honour significant contributions and achievements throughout Nova Scotia during this unprecedented anniversary year. A total of 5,000 medals will be awarded to Nova Scotians.